& Representing You In Court 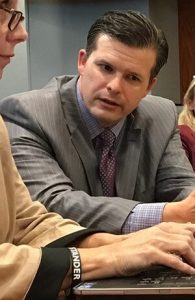 Call Jason today to schedule an appointment to speak with him.